Skip to content
Kienitz Tax Law > Legal News > Law Firms > IRS Gets Billions for Audit Enforcement. Here’s What That Means for You 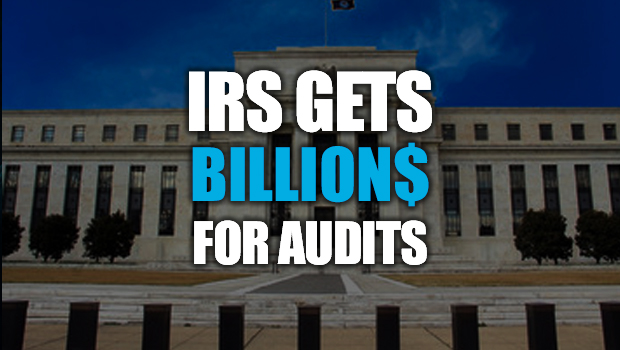 The Internal Revenue Service (IRS) is a much-detested part of the federal government. Yet its existence is necessary for the continued operation of the United States. Despite the IRS’ importance, it has recently suffered a steady reduction in workers and funding to carry out its tasks.

The U.S. Senate and House of Representatives just passed the Inflation Reduction Act of 2022 (IRA). It has been signed into law by President Biden and some of its provisions include an increase in funding for the IRS. Let’s examine what this increase in funding means for the taxpayer, especially concerning audits.

How Much Money Is the IRS Getting?

The IRA will provide roughly $45.6 billion for IRS enforcement activities. Another $25.3 billion is to support IRS operations, such as maintenance and taxpayer support services. Then there’s $4.8 billion to modernize the IRS’s technology systems. Other amounts are going to the IRS, but these are the biggest and most-notable allocations. Another thing to keep in mind is that the IRS won’t get all this money at once, but over the next 10 or so years.

How Will the IRS Use this Money to Increase Tax Enforcement?

Right now, there’s no definitive answer to this question, as decisions still need to be made on how the IRS will spend the money. There have been some rumors that the IRS will hire another 80,000+ employees over the next decade to help the IRS conduct more audits. But there are several reasons why this isn’t the whole story.

First, the IRS currently has a directive that states the audits for households making under $400,000 should not go up in relation to current audit numbers. In other words, any increase in audits will likely focus on high-income households and businesses.

Second, there’s the belief that the IRS may be able to reduce the number of audits, especially those targeting law-biding taxpayers who have correctly paid their fair share of taxes. The thought is that by upgrading its information technology systems, the IRS can improve the efficiency and accuracy of its automated reviews of tax returns. As a result, the IRS can lower the number of unwarranted tax audits.

Third, between now and 2031, the IRS is expected to lose as many as 50,000 employees due to retirement. So assuming for a moment that the 80,000 number is correct, many of the new hires will be replacing current IRS workers.

Fourth, no decision has been made on how many more people to hire. It’s not 100% clear where this 80,000+ number came from, but the IRA has no provision requiring the IRS to hire a set number of auditors.

Need Help With a Tax Audit?

Even if the IRS can reduce the number of baseless audits, a few can still occur. If you find yourself dealing with one, think about getting in touch with your tax professional.